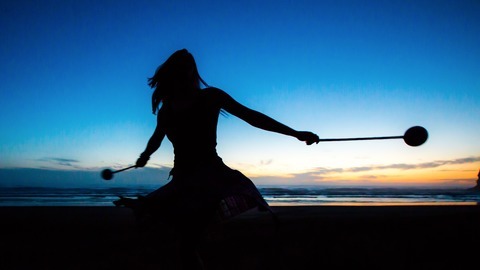 Poi: A Spin on Health 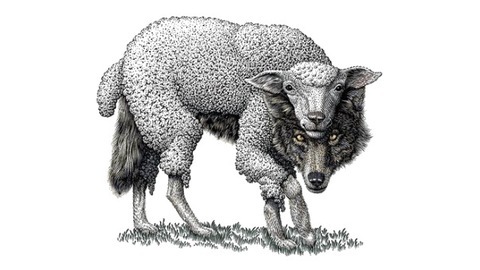 Be My Guest: Commodifying Sharing with the Case of Airbnb 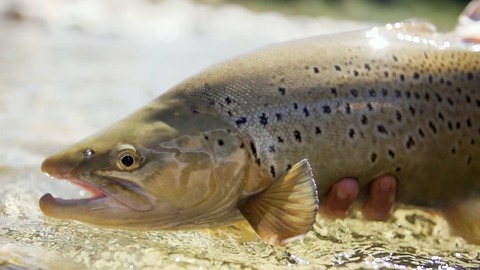 The Introduction: 150 Years of Brown Trout in New Zealand 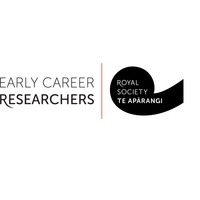 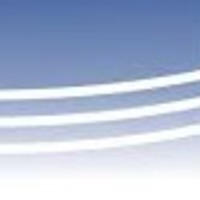 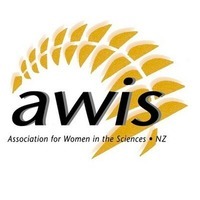 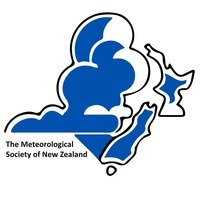 The Meteorological Society of New Zealand 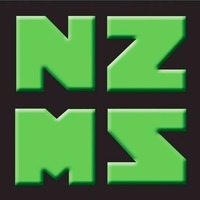 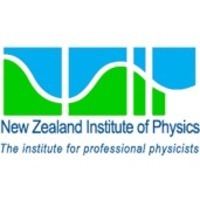 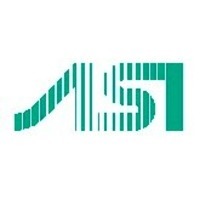 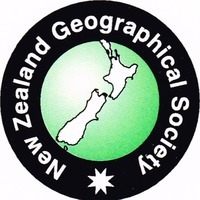 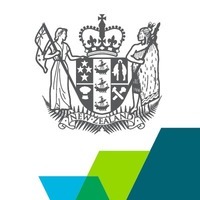 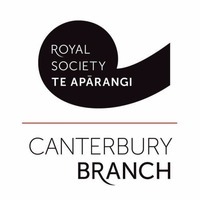 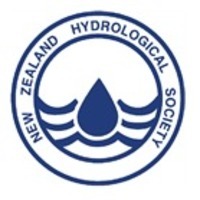 has voted for Earthquake’s Unseen Impact - Mapping the seafloor off Kaikoura for 150 Years of Discovery: Emerging Research

has voted for Rescuing the Gentle Giants for 150 Years of Discovery: Emerging Research

The research being conducted by ECRs in New Zealand is driving the future of science, society, and culture; contributing to the growth of our economy, industry, and cultural sectors in New Zealand and globally. The 150 Years of Discovery video competition provides ECRs with an opportunity to express their passion for innovative research by showcasing their discoveries in a short 3 minute video and sharing it with the public and their fellow researchers.

With the generous help of our sponsors, we are providing three prizes: a Future Leader Award and two People’s Choice Awards. All three winners will receive cash prizes to contribute to their future research goals, while the winner of the Future Leader Award will also present their winning video at the Royal Society Te Apārangi Gala Dinner on 10 October 2017.

Celebrate with us and be a part of this year’s video competition. Show us, New Zealand, and the whole world what you have to offer and why your work matters.

Good luck! We look forward to seeing your video of discovery.

This competition is open to New Zealand-based researchers who are within 10 years post-PhD (or other research-based higher degree) and carrying out research in any science, social science, or humanities discipline. This competition is also open to postgraduate students currently enrolled in a New Zealand university or working at a New Zealand research institute in any science, social science, or humanities discipline. Career interruptions and periods of part-time employment will be taken into consideration when determining eligibility. The spirit of this competition is to uncover great science and research stories from the New Zealand ECR and postgraduate community. Please consider whether or not you self-identify as an ECR or postgraduate student before submitting an entry.

Create and upload a video of three minutes or less that tells us about your research. It could be a general overview of your current research or a specific research project you would like to pursue. It could aim to communicate some knowledge or insight that you find fascinating, or seek to correct a misconception.

The goal of the video is to engage a wide audience with your research, so make sure the content is easy for everyone to understand. The more creative and engaging the video, the wider the audience will be who are likely to vote for it.

There are no limitations on the style of video created. It may include traditional slides, animation, music, talking to the camera, or any other technique that helps convey your message.

Video and audio must be of good quality, we will not accept poor quality videos. See examples from last year’s '180 Seconds of Science' research competition, run in partnership with the Australian Academy of Science Early to Mid-Career Researcher Forum (EMCR Forum). Your university or research institute might have media production expertise that you can draw on for your entry.

﻿Once you’ve uploaded your entry, make sure you promote it on social media. On Twitter, use the handle @RSNZECR and the hashtag #150YOD to let us know all about it!

There are three prizes available: the Future Leader award, awarded by a judging panel; and two People’s Choice awards, decided by public vote. Each award offers a cash prize in support of the winner's research. All entrants are eligible for all prizes.

The winner of the Future Leader award will be decided by an expert judging panel consisting of New Zealand judges, selected from the sponsoring organisations. The judging panel will be announced in the days before voting opens.

Two People’s Choice awards will be decided by public voting on the Thinkable.org website during the week of 9-15 September 2017.

The first place People’s Choice award winner, for the video that receives the highest number of votes during the voting period, will receive:

The second place People’s Choice award winner, for the video that receives the second-highest number of votes during the voting period, will receive:

For questions associated with 150 Years of Discovery: Emerging Research, including contributions to the community chests, contact the Royal Society ECR Forum (rsnzecrforum@gmail.com) with “150YOD CONTRIBUTIONS” in the subject heading. For specific questions about submitting videos or other concerns, put “150YOD FAQ” in the subject heading. Don’t forget to follow us on Twitter, using the handle @RSNZECR!

Words of Advice from Dr. Helen Taylor: Dr Helen Taylor was the winner of last year’s video competition, 180 Seconds of Science co-hosted by the Royal Society ECR Forum and the Australian Academy of Science EMCR Forum. Helen is a postdoctoral research fellow in the Department of Anatomy at the University of Otago, and her research focuses on the effects of drastic reductions in population size on the genetics and extinction risk of threatened species. Helen’s video was so successful that we invited her to share some of her secrets for making a great video and then promoting it on social media.

+ You can see her winning video here.

+ For more information on her work, please visit her website.

1. Get some expert help.

I was lucky enough to work with Natural History New Zealand on my video. They generously provided me with heaps of resources, including stock footage and a cameraman.

At the very least, get someone to help you do the filming who knows their way around a camera. It doesn’t have to be a fancy camera; iPhones and GoPros can actually do a really decent job.

This will cut out background noise, make a more professional product and, most importantly, allow people to hear your important science clearly.

Three minutes is not long and if, like me, you have a tendency to ad-lib, it’s easy to go over time. Drafting a frame-by-frame storyboard was a really useful way for me to organise my ideas for how I wanted the video to play out (how each shot/section would look etc...).

Making a storyboard ensured that I was actually telling a story about my research rather than just talking about a collection of facts and figures. It also allowed me to write a script that would get my story across while sticking to time.

We filmed multiple small sections for my video and then cut them together. It was much easier to remember the script for each section rather than memorising a three-minute piece straight to camera.

As well as it being tough to remember the script, a three-minute piece to camera is not the most exciting thing for your audience to watch. We mixed things up a bit with pieces to camera in different locations (in the field as well as the lab), hand-drawn animations, and stock footage of New Zealand. This approach makes for more challenging editing, but also far more interesting viewing.

This video is intended for a general audience. Have a look at your script and identify any words or phrases that would not be easily understood by people outside of your field. Then find another way to communicate the idea without using those words. Test it out on your non-scientist friends if you’re not sure. I have a list of words I just don’t use when talking to the public about my research because they’re meaningless jargon to anyone who doesn’t work on the same topic as me.

I won the vote for last year’s people’s choice award by relentlessly promoting my video in a variety of different ways for the entirety of the voting period. I used social media (facebook and twitter in my case) to get my friends and then their friends to spread the word. To avoid message fatigue I put out different messages, fun facts, and various photos with each push, rather than a repetitive “vote for me” mantra.

Promoting the video took a fair chunk of time. If you know you’re going to be away/in the field during the voting period, have a think about how you might drum up support prior to voting opening. Consider setting up automated emails or social media messages that will go out to promote the video while you’re away.

How will the winners be decided?

The winner of the Future Leader award will be decided by an expert judging panel consisting of New Zealand judges, selected from the sponsoring organisations. The winners of the People's Choice awards will be determined via public (member) poll. The members of the judging panel are:

Emma Timewell (Plant and Food); Association for Woman in Sciences

The Future Leader will be awarded first. This award includes both a cash prize of $4000.00 plus a funded trip to the gala dinner.

A video may only receive one prize.

We will not split any of the cash prizes.

In the event of a tie in either category the following decision making process will apply:

In the event of a tie for the Future Leader award, an independent judge will select the final winner. This tie-break will have no effect on the People's Choice awards if neither videos concerned were ranked in the top two positions from public voting.

In the event that the same two entries are tied for both the Future Leader and a People's Choice award, then two independent judges will decide which video will take out which prize by independently scoring both entries. The entry with the higher score will receive the Future Leader award, and the entry with the lower score will receive the People's Choice award.

The winner of the Future Leader award will be decided by an expert judging panel consisting of New Zealand judges, selected from the sponsoring organisations, who will be announced in the days before voting opens.

The category winner will be decided by public vote.